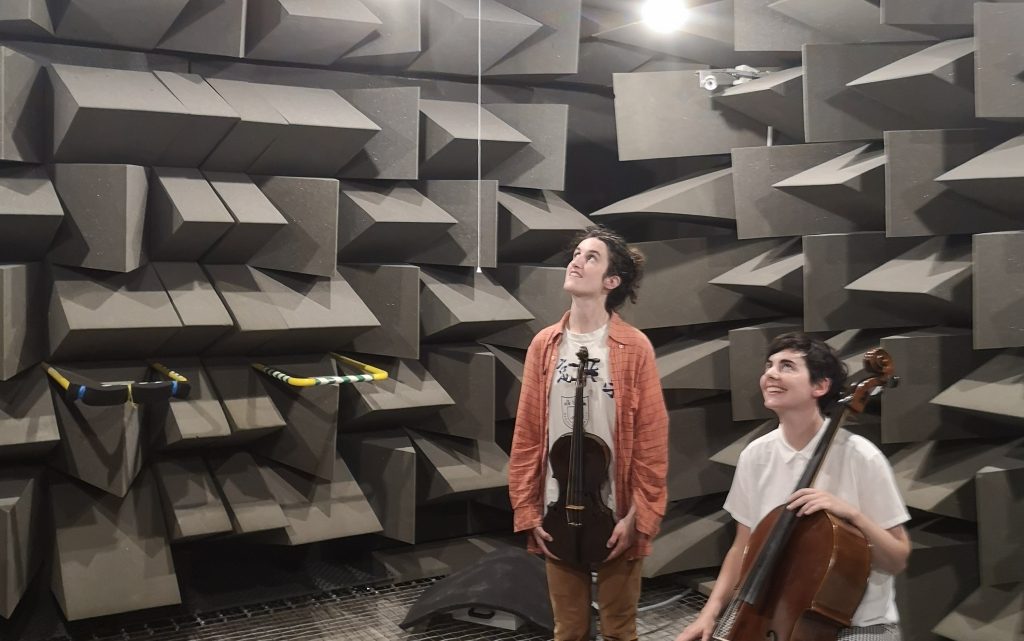 We follow Adam Fowler as he records artists at work in different locations – from the ramparts of a ruined Northumberland castle to a small, echoing chamber – to test how their creativity is affected by the acoustics of a space.

There has been plenty of research into how the built environment affects our wellbeing but it has not been deeply explored how the walls around us can create sonic environments for creative work.

To explore this, musicians Anna Clock and Ailbhe Nic Oireachtaigh visit the University of Salford to perform in both its Anechoic Chamber, which reflects no sound at all, and the Reverberation Room that has the opposite effect, and they consider how each space affects their ability to improvise together. 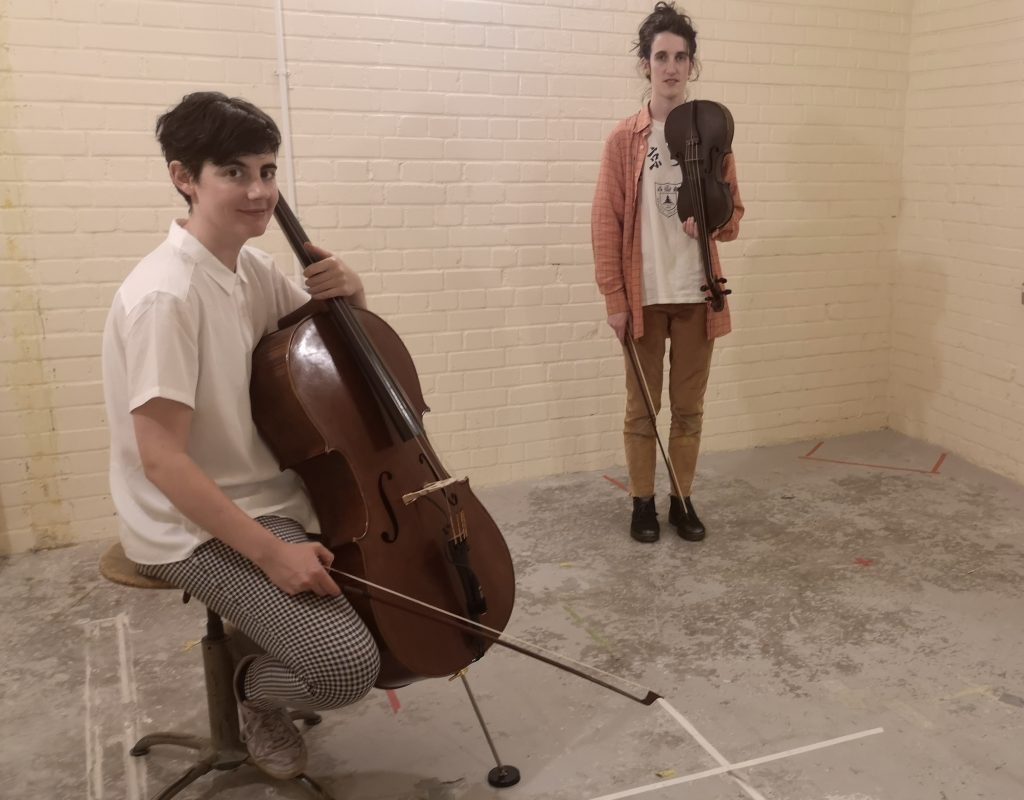 Also at the university, Professor Trevor Cox explains why a false sense of space is always considered and used with music which has been recorded in studios as it brings a sense of the audio sounding ‘right.’.

Adam goes on to join director Catherine Alexander at a Complicité Theatre Company rehearsal where she explains that the sonic architecture of a performance space is essential to the devising of a Complicité production.

Poet Katrina Porteous demonstrates how her radio poem, Dunstanburgh Castle: A Secret as Old as the Stones, was influenced by the acoustics of different parts of the ruins, from the tiny rooms to the more open expanses which has the call of the kittiwake birds reverbating around the space. 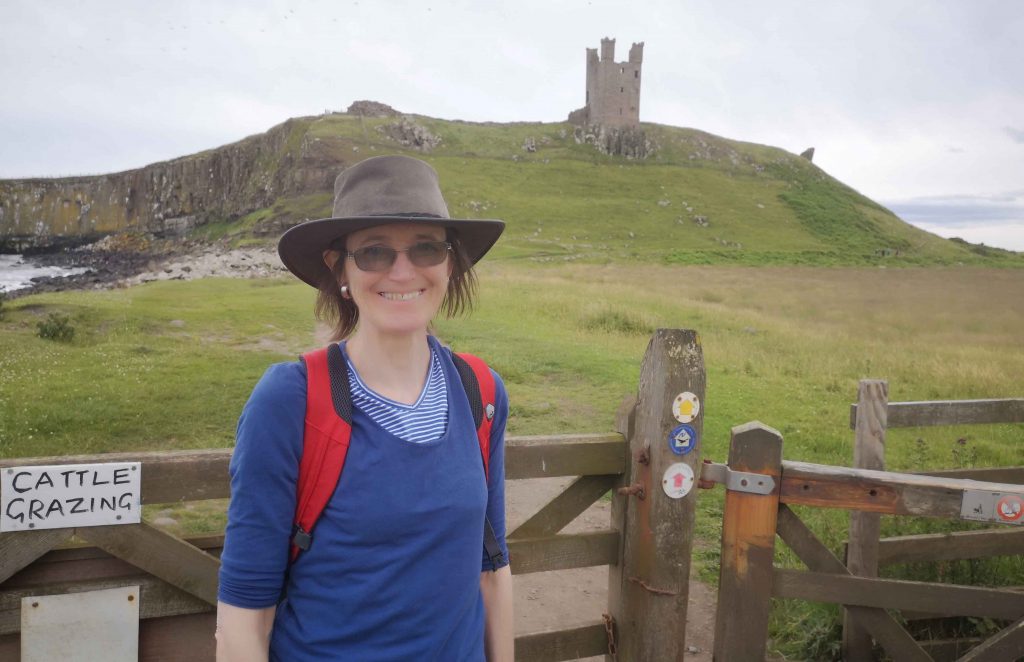 We hear from Chris Chafe of Stanford University who describes a new way of creating an “internet acoustic”, where musicians thousands of miles apart can play together in one acoustic space.

To test for himself how the acoustics that fence us in can affect our creativity, Adam edits part of the programme in some sonically challenging locations.

For more information on the programme contributors:

Complicité – I’ll Take You to Mrs Cole! ( A Complicité and Polka Theatre co-production)

Chris Chafe – I am Streaming in a Room