Conversations on a Bench

Another two episodes of the popular programme for BBC Radio 4, Conversations on a Bench, are scheduled for October. Started in 2014, this is based on a simple yet very effective idea: as Anna Scott-Brown asks gentle but searching questions, hidden lives of ordinary people come to light. Sharing deep stories, common threads are revealed by those sitting on the bench. 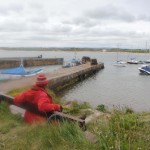 Katrina Porteous on the bench in Beadnell 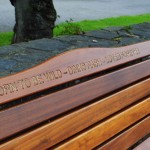 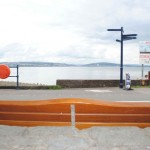 In the first of the new episodes, Anna sits on a bench in Beadnell Harbour in Northumberland. This was once a thriving departure point for the lime produced in the kilns behind the bench, and for the traditional coble fishing boats, now almost completely gone. A specially commissioned work by poet and Beadnell resident Katrina Porteous draws on the voices of locals and passers-by.

In the second of these episodes, Anna is joined by locals as she sits on a bench in Mumbles, overlooking Swansea Bay and the threatened Tata Steelworks. A specially commissioned work by poet Owen Sheers draws on the voices and stories of those who sit and contemplate the inscription on the bench: ‘Born to be Wild – Dinks Nash -Loved Forever.’

“… so potent it was impossible not to stay fully connected, alert to
every nuance, every thought.”

Kate Chisholm, The Spectator, about the 2014 programme