I began making the audio diary for this programme quite soon after I began making these poems or transplantations of the psalms. I must admit I was a rather reticent speaker at first. I felt quite self-conscious about speaking into the device and was rather suspicious of the whole process of talking about the process of writing. But over the year and a half of making the recordings, as the book of psalms has grown, I grew to enjoy even making my diary. In fact, I would say that it has impacted on some of the poems I have made, making me more open to including aspects of my domestic life in the poems and also reflecting on the creative act within them. The eternal I AM at home, I suppose, in my imagination, doing the washing up. I could almost say that I miss talking into the machine now that the programme is finished. I especially used to enjoy walking through the streets of Alassio on the Italian Riviera, or in the foothills of the Alps, discoursing into it.

The making of this programme coincided with the first flush of composition of this book, with me writing virtually 150 poems in a year and a half, getting up nearly every morning at two or three or four to write for two or three or four hours before my household wakes up. It also coincided with us having a new son so it was a kind of magical and slightly removed time of life. I can now see that I have around 50 poems that I like. Anthony Caleshu at Periplum Poetry contacted me this August about publishing a selection, which will appear in September to coincide with this programme. You can also find psalms of mine in journals such as Spiritus, Neke, the New Zealand Journal of Translation, The Deronda Review, and Cassandra Voices. Psalm 55 will be appearing in the spring edition of Clutag, and Susan Gillingham is going to quote from, and comment on, a few in her forthcoming book on the reception of the Psalms through the generations. 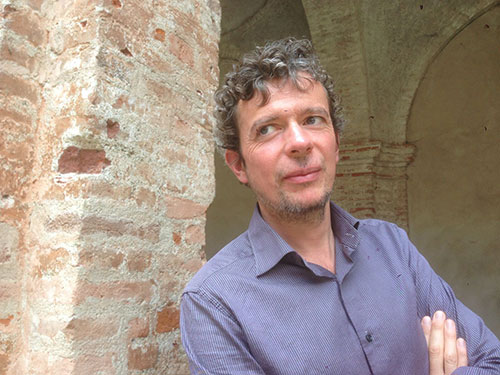 I write these paragraphs the very day I finished my first full draft of the book. Now I contemplate a year or more of revision and rewriting, probably the real grind of this book, I must thank Anna Scott-Brown the producer of Clarke’s Psalter, for the opportunity to reflect on my poems in this way and also to hear them read out by the poet and actor Paul Daniel Curran. This documentary has also galvanized Corrado Fantoni and Andy Bancroft Cooke to produce a version of Corrado’s setting of Psalm 45. Like T. S. Eliot I might have had reservations about a composer setting my poems to music, but I am happy for a few of them to make up an album of songs eventually since music is at the heart of the original Psalms. At the end of the day though these are poems and not songs.

New: The Long Road to the White Hotel